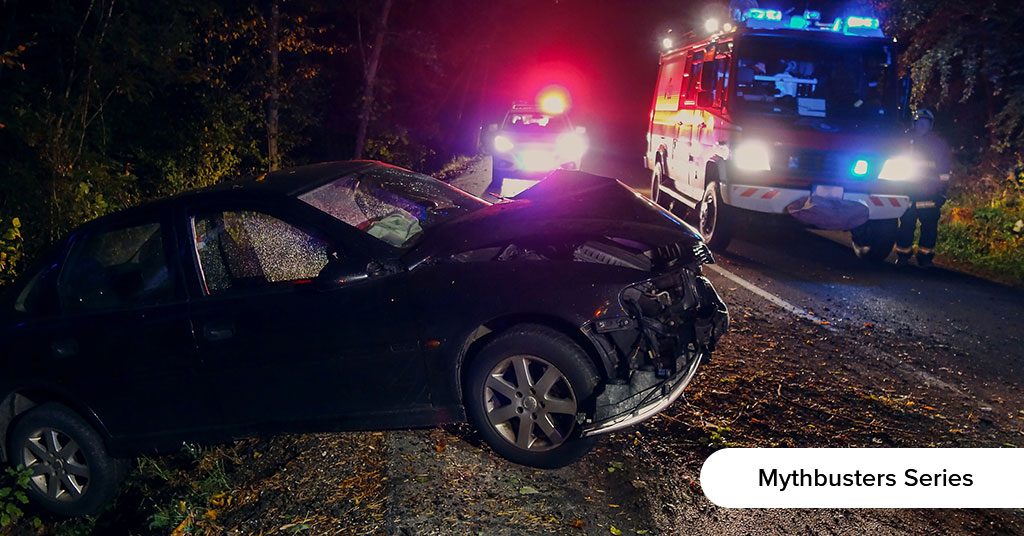 In our Mythbusters series, we’re uncovering some of the common myths or flawed ways of thinking that the general public has about insurance, and how you can rectify these misconceptions in the minds of your customers and potential customers.

If we were to ask Agents what they would say is the most misunderstood facet of insurance, what would it be?

The answer: The myth of State Minimum Coverage

It’s very easy for someone who is shopping for Auto insurance to say, “give me the state minimum.”

The problem is, they probably don’t realize what that truly means and the insurance coverage deficiency it bestows.

An easy argument is often, “if that is what my state requires, why do I need more?”

It’s a valid question and a golden opportunity to educate the prospective customer… to explain exactly what having State Minimum Coverage means.

Many people want their insurance conversations to be quick and to save them money. This mindset is a tell-tale sign that insurance has probably not been explained in detail to them. Before working in insurance did you know what these terms meant? We cannot assume that the general public knows what they’re asking for. Education is the biggest tool we have at our disposal.

Skimping on coverages to save a few dollars—and typically the change in price isn’t that much—almost always has a negative outcome.

The majority of the American population doesn’t have an extra $25,000 in case they get into an at-fault accident. When those situations happen it is absolutely devastating to most families and we aren’t able to help or change the outcome at that point. State Minimum Coverage does not provide the level of protection needed when a serious accident happens.

Illustrate how much accidents cost at different levels and how State Minimum Coverage would respond. It’s a clear insurance coverage deficiency. Then illustrate how a better coverage plan would protect them in those scenarios. Paint the picture of how they would be affected in both cases.

At that point the decision is theirs, but you have then done your due diligence to make sure they have all the options before making their choice on their level of coverage limits.

Read More: Check out this post on overcoming the It’s Not You, It’s Me objection.

It’s Not You, It’s Me: Overcome the Objection